⏪Throwback Thursday⏪ Finishers are often times captured with the performances safely further apart. Sometimes, we only capture the attacker and later decide if we also want to capture the victim or simply hand animate from scratch. For this one I chose to hand-key👊👊👊 pic.twitter.com/zPRcr8Ombj

Even though Bangalore is my main, I was totally out of my element when it came to military protocols and proper form. I relied a lot on people who actually knew what they were doing such as @brockhaurd and @iambadmofo in order to help sell the part 😉🚀 pic.twitter.com/YJZtD6L76O

Over the years, I've played many characters in Titanfall, Jedi: FO, and now, #ApexLegends. #Octane is one of my fav...my spirit animal.

⏪ After a violent and murderous rampage!... Revenant is actually a pretty nice guy 😂👊 pic.twitter.com/evJdRR5Rx3

⏪Throwback Thursday⏪
If I'm remembering correctly, at least 6 women played Loba for body mechanics and 1 for her voice. You can see a glimpse of that during this shoot with our friends from @MillChannel. The rest I can't show quite yet 😉🐺 pic.twitter.com/05LIOm4AjQ

Even though one animator, in this case @Joe_bowz took the brunt of the work for this finisher, the entire anim team gets involved in the creation of them. From pitching ideas down to playing a small part during the MoCap session 🎥 #LifeBeforeRona pic.twitter.com/oo4cDy70J5

just a wee bit of animation dearies! 😋 Horizon has been such a cool addition to our cast of LEGENDS. Hope you've enjoyed playing as this delightful scientist! 🥼

shout-out to @trudeau_olivier for the awesome work that went into this animation 👌 pic.twitter.com/jXH1uNCFHc 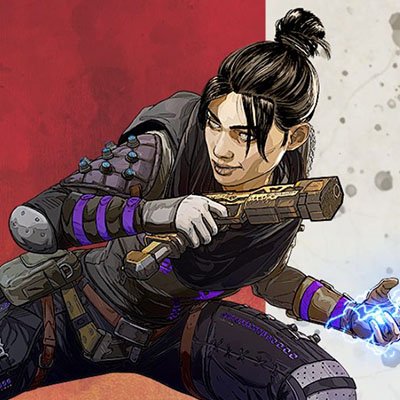